Before we can fully understand Artificial Intelligence & Data Science we must first go back to the beginning and learn how it all started. English mathematician, scientist & philosopher best known for cracking the code of the German’s Enigma machine in WWII wrote a landmark essay “Computing Machinery and Intelligence” which asked the question, “Can machines think?” and introduced the Turing test to determine if a computer has real intelligence by trying to trick a human into believing it was also human. He determined that machines could be capable of learning and originality.

The paper also included key concepts that would come to shape AI. He is now considered the father of modern computing and artificial intelligence and is who CAPTCHA was inspired by, “Completely Automated Public Turing test to tell Computers and Humans Apart.” 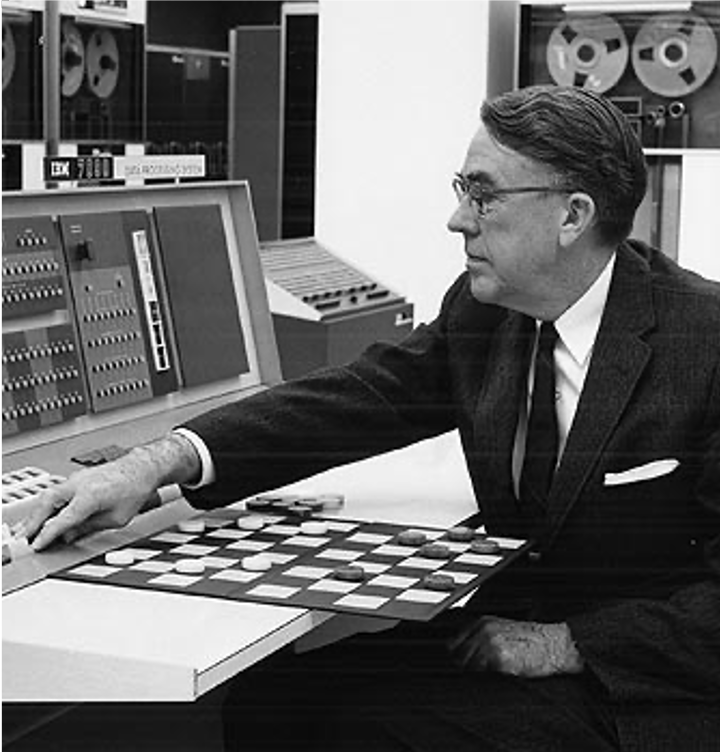 American pioneer in the field of computer gaming and artificial intelligence wrote the first computer learning program while working at IBM.

The program was the game of checkers and the computer improved at the game the more it played by studying which moves made up winning strategies and incorporating those moves into it’s program. 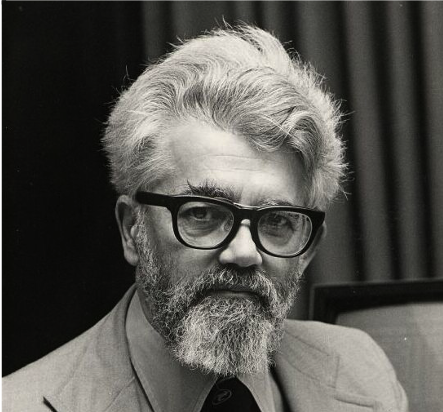 American mathematician & computer scientist coined the term Artificial Intelligence in his written proposal to seek funding for an upcoming conference with other leaders in the field.

“We propose that a 2-month, 10-man study of artificial intelligence be carried out during the summer of 1956 at Dartmouth College in Hanover, New Hampshire…” 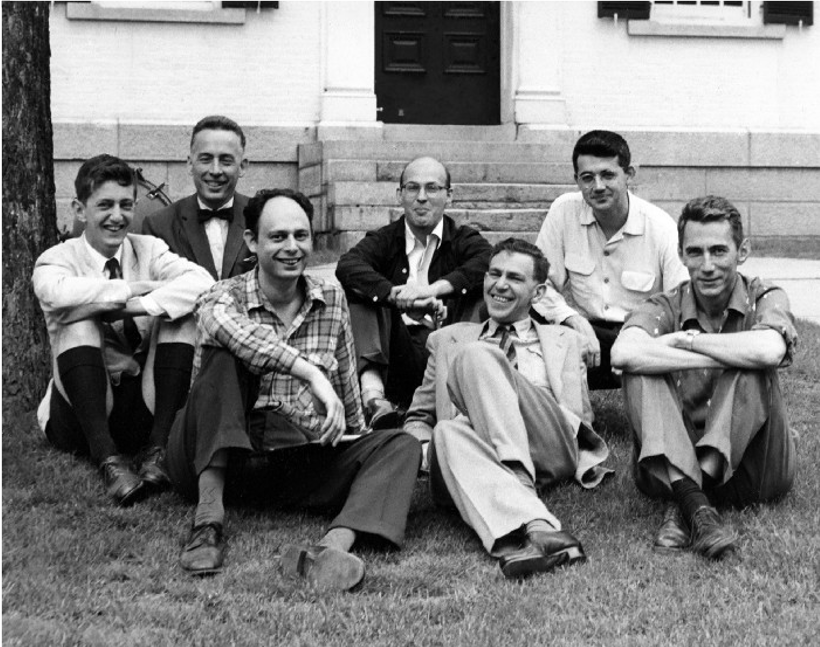 “…An attempt will be made to find how to make machines use language, form abstractions and concepts, solve kinds of problems now reserved for humans, and improve themselves.” 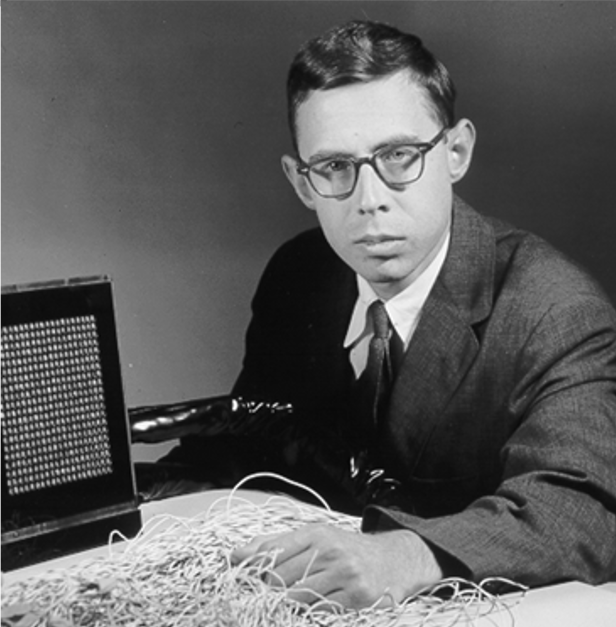 American psychologist in the field of cognitive research invented the Perceptron, an electronic device which showed the ability to learn.

This was the first artificial neural network. He modeled it after how the human brain may process visual data and it learned to recognize objects.

This was followed-up in 1958 by his paper, "The Perceptron: A Probabilistic Model For Information Storage And Organization In The Brain." 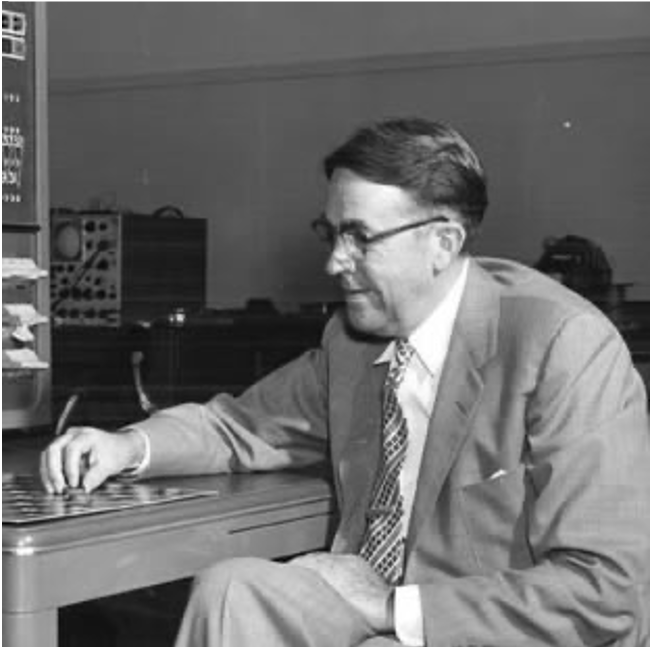 “Two machine-learning procedures have been investigated in some detail using the game of checkers. Enough work has been done to verify the fact that a computer can be programmed so that it will learn to play a better game of checkers than can be played by the person who wrote the program.

Further-more, it can learn to do this in a remarkably short period of time (8 or 10 hours of machine-playing time) when given only the rules of the game, a sense of direction, and a redundant and incomplete list of parameters which are thought to have something to do with the game, but whose correct signs and relative weights are unknown and unspecified. The principles of machine learning verified by these experiments are, of course, applicable to many other situations.” 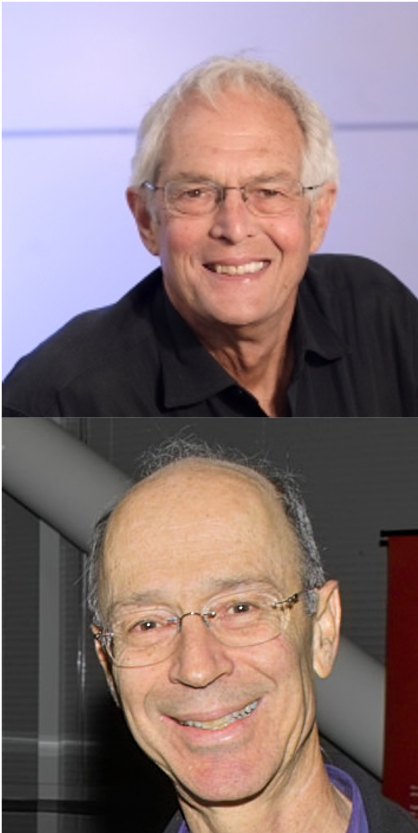 This was most notably used to map a route for a traveling salesman starting at a random city, but ensuring he visited all cities during a short trip. 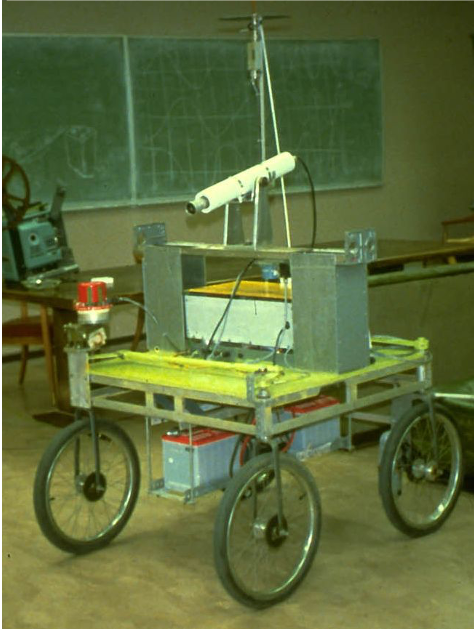 Graduate students perfected their long-running experimental Stanford Cart which was an autonomous mobile robot that was able to navigate around obstacles on its own using on-board batteries and a video camera connected to a computer.

The cart moved in 1-meter increments with 10 to 15-minute pauses for image processing and route planning. The cart successfully crossed a chair-filled room without human intervention in about 5 hours. 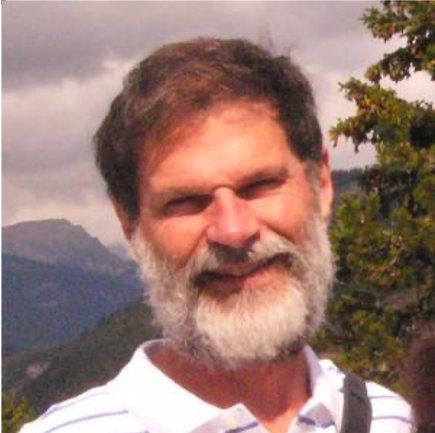 Electrical & computer science professor introduced the concept of Explanation-Based Learning (EBL), in which a computer analyzes training data and creates a general rule it can follow by discarding unimportant data. 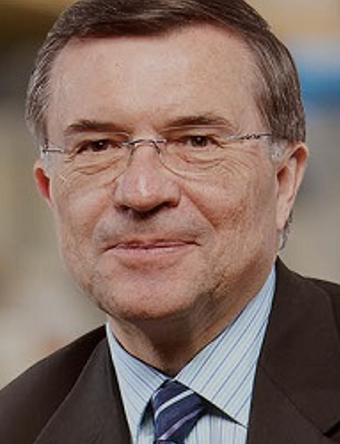 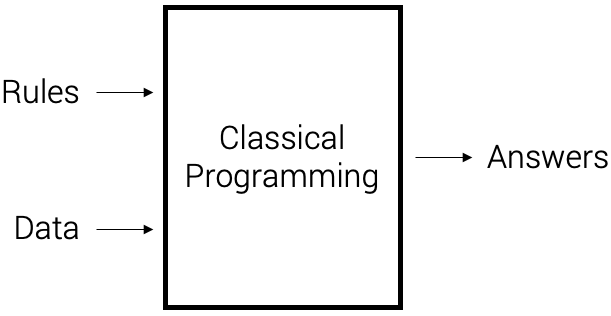 The original or symbolic form of machine learning which used a knowledge-driven approach involving a programmer hand-crafting large sets of explicit rules for manipulating knowledge to get to human-level A.I., came to an end.

It was good at solving well-defined problems & play checkers, but it was poor at solving more complex problems like image classification, speech recognition and language translation. 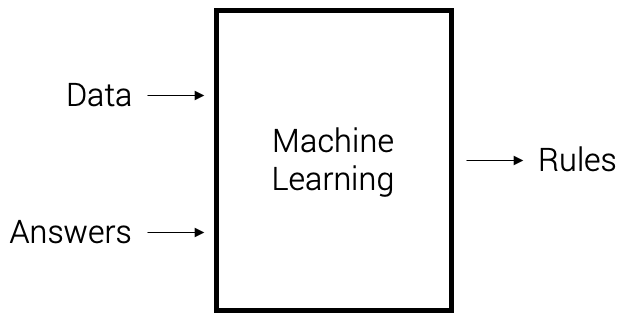 Machine learning shifted to a more modern & successful data-driven approach when scientists & statisticians began creating programs for computers to analyze large amounts of newly available data (Thanks to the Internet) and draw conclusions, learning from the results.

Instead of a programmer crafting data-processing rules by hand, the question became, “Could a computer automatically learn these rules by looking at data?” A machine learning system is trained, rather than explicitly programmed.

The supercomputer could calculate 200 million chess moves in a single second (the brute force approach). IBM then retired Deep Blue and it never played again despite Kasparov's pleas for a rematch. 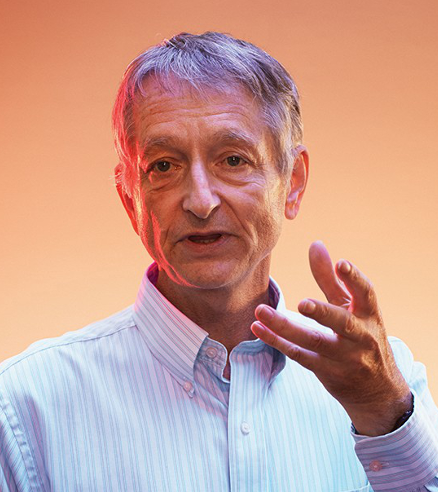 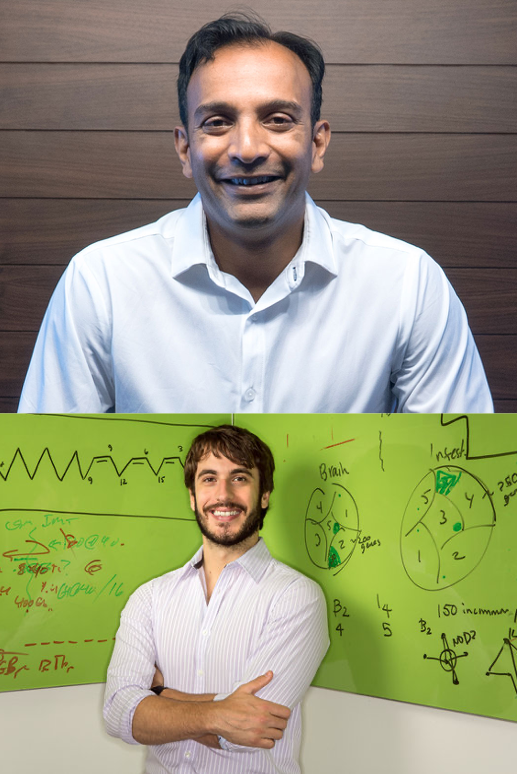 Data & Analytics leaders at LinkedIn & Facebook respectively, coined the modern term Data Scientist which allowed companies to finally put a name to this type of work, which quickly became the hottest job in IT. 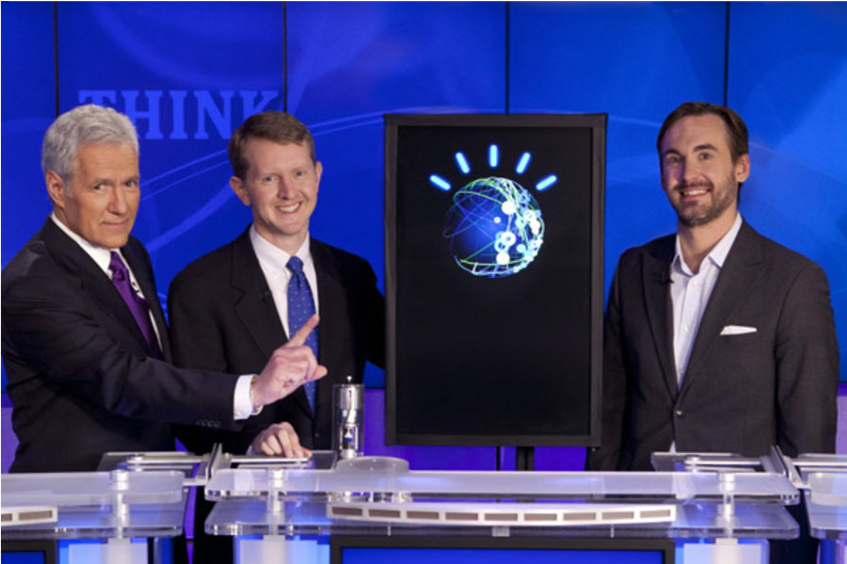 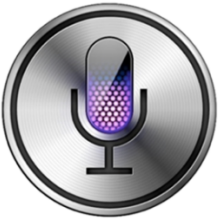 It uses voice queries and a natural-language user interface to answer questions, make recommendations and perform actions by delegating requests to a set of Internet services. It uses speech recognition and machine learning technologies to function.

Siri was actually first created by three Stanford Research friends Adam Cheyer, Dag Kittlaus & Tom Gruber under their company name 'Siri, inc.'. They originally released Siri as an app on the Apple App Store in February 2010. Apple liked the technology so much that Steve Jobs personally called them three weeks later to offer to buy their company. The guys at Siri, inc. eventually sold their company and technology to Apple in April 2010 for more than $200 million and worked closely with them to integrate it into Apple's upcoming iPhone 4S iOS.

Norwegian Dag Kittlaus named Siri after a co-worker in Norway. In Norwegian, Siri means "Beautiful woman who guides you to victory."

The original American voice of Siri was recorded in July of 2005 by Susan Bennett who was unaware at the time that it would eventually be used for the voice assistant. The original British male voice was recorded by Jon Briggs and original Australian voice by Karen Jacobsen. 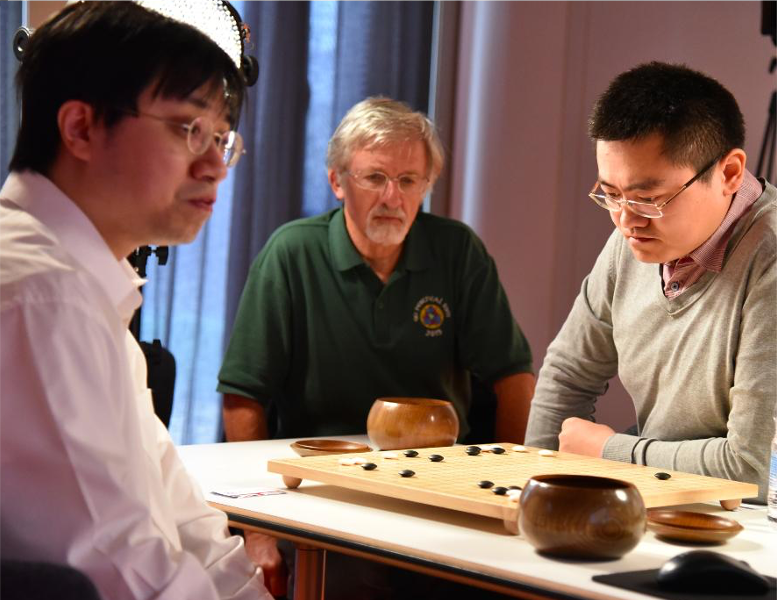 Google DeepMind’s computer program that plays the board game ‘Go’ became the first computer Go program to beat a human professional Go player, Fan Hui 5-0 without handicaps and on a full-sized 19”x19” board.

The program used a Monte Carlo tree search algorithm to find its moves based on knowledge previously learned by machine learning and specifically by an artificial neural network, using extensive training from both human and computer play.